Today’s 200th anniversary of the printing of Jane Austen’s Pride and Prejudice
is (for me!) a perfect moment to announce my participation in Laurel Ann Nattress’s P&P Bicentenary Challenge. If you have been reading along, you already know I am a Jane Austen fan! In fact, this post on Jane’s Irish connections apparently was my most viewed in 2012.

Here are the basics of the Challenge (details can be found on Laurel Ann’s blog):

Enrollment: Sign ups are open until July 1, 2013. First, select your level of participation.  Second, copy the Pride and Prejudice Bicentenary Challenge 2013 graphic from the Austenprose blog and include it in your blog post detailing the novels or movies that you commit to reading and watching in 2013. Third, leave a comment linking back to your blog post in the comments of the Austenprose announcement post. OR, if you do not have a blog you can still participate. Just leave your commitment to the challenge in the comments section of the P&P Bicentenary post.

I found quite a few versions of Pride and Prejudice in my personal library, plus a few continuations, retellings and off-shoots. Enough to up my level of participation to Aficionada. What a great way to dive into some books that have languished in the To Be Read pile and to revisit my favorite movie adaptations of this most romantic classic. I don’t have months assigned to each one yet, but here is the list so far:

Pride, Prejudice and the Perfect Match by Marilyn Brandt (2012)

The Darcys and The Bingleys by Marsha Altman (2008)

Pemberley by the Sea by Abigail Reynolds (2008)

I hope you will join me as we celebrate Jane Austen’s lasting legacy through the most popular and well-known of her novels, Pride and Prejudice.

“He walked here and he walked there, fancying himself so very great!” ~Mrs. Bennet in P&P

Leave a Reply to Its PRIDE and PREJUDICE DAY!!! « ritaLOVEStoWRITE Cancel reply 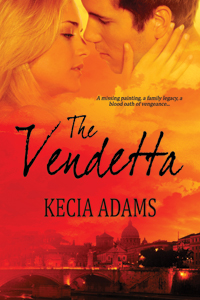